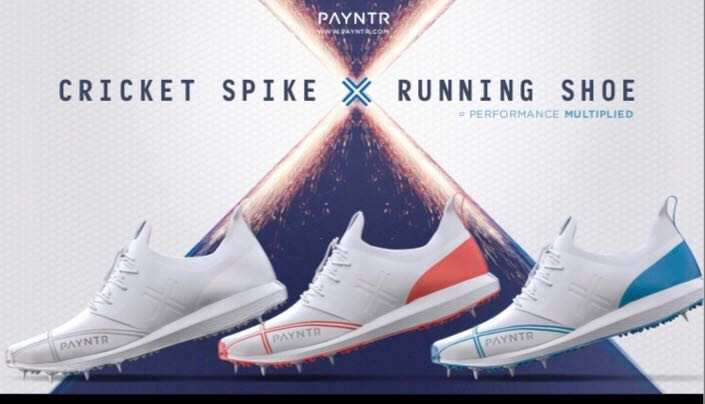 You’ll be three or four games into the new season now, relieved that winter is over and summer has you spending Saturdays and Sundays out in the middle with your mates.

Mid-November is also about the time cricketers across the country are either really comfortable in their current boots – or contemplating a change for the rest of the season.

If you’re part of the comfy crowd, great. Good on you. Keep going. But also don’t be afraid to try something new.

If you’re thinking about getting some new kicks, then we want to tell you about a breakout new brand in South Africa – Payntr.

They’re the near perfect hybrid between cricket spikes and running shoes. Indeed, gone are the days of taking your favourite trainers in to be spiked up for cricket. Payntr have pretty much done the job for you.

Payntr already have some great local stars on their books, including Kyle Verreynne and Aviwe Mgijima of the Cape Cobras, Shadley van Schalkwyk and Pite van Biljon of the Knights, Dwaine Pretorius and Rassie van der Dussen of the Lions – and Rivaldo Moonsamy and Andrea Agathangelou of the Titans.

We threw several pairs at some keen premier league and third division batsmen and bowlers at a local cricket club in Cape Town recently. The feedback was largely great. One or two purists didn’t really like the seamless upper or dimpled sole, but the bulk enjoyed the overall comfort and flexibility.

Check out this review for more about the great features, including elastic laces, snug fit and modest branding:

The guys at Payntr have been good enough to put up a pair (valued at almost R2,000) for giveaway. To win, email your name, club and boot size to jw@clubcricket.co.za – and we’ll throw your name in the hat.

If you don’t win, then get your pair of Payntrs here. And find out more about the brand here.

The competition will close at midnight on 16 November 2017.

Be the first to comment on "Video and competition: Time for some new boots? Payntr have got you covered"