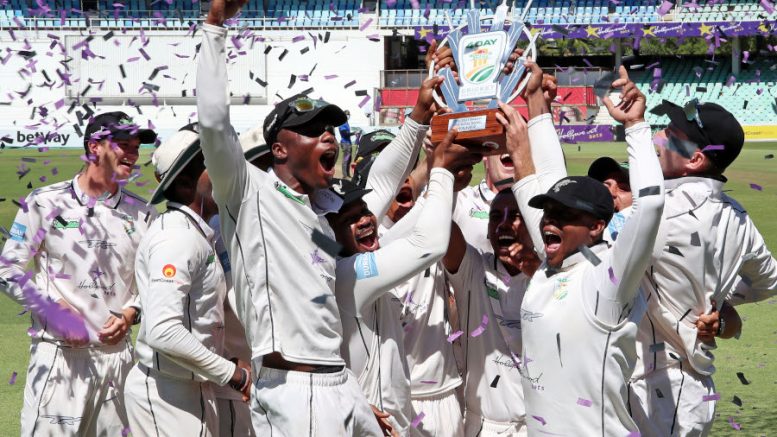 The Dolphins beat the Titans by an innings and 76 runs in the final of Cricket South Africa’s 4-Day Domestic Series on Monday.

The Titans were bowled out for 53 and 166 in response to the Dolphins’ 295 at Kingsmead in Durban.

Erwee struck a century, while Subrayen and Muthusamy claimed 10 and nine wickets, respectively.

The fixture ended franchise cricket in South Africa. Domestic cricket will revert to provincial competition for the 2021-2022 season.

“There is no doubt that the final was contested by the two most deserving sides as they both won their pools by decisive margins,” said CSA acting chief executive officer Pholetsi Moseki.

“The Titans have been a dominant force throughout the franchise era, while the Dolphins have had an excellent season which has seen them reach the final of all three franchise competitions.

“We now move into a new era which will contain many positives for SA cricket. With eight teams in the top division, there will be greater opportunities for players to compete at the top level of domestic cricket.

“Sponsorship opportunities should also improve with all teams playing their games at a single venue and this will also make for an improved and more convenient offering to our loyal fans.

“Once the promotion and relegation system kicks into place after the first two seasons there will be greater context to all matches.

“It is a system that the England and Wales Cricket Board introduced some time ago which has led to great success for their national team. We are confident that we will have the same outcome here.”

Who was best for the Dolphins?

The Dolphins had three representatives among the top eight wicket-takers in the 2020-21 4-Day Domestic Series – Keshav Maharaj, Muthusamy and Subrayen.

Maharaj took the most wickets overall. The left-arm spinner claimed 34 in nine innings at an average of 20.47. Muthusamy gathered 28 to Subrayen’s 19.