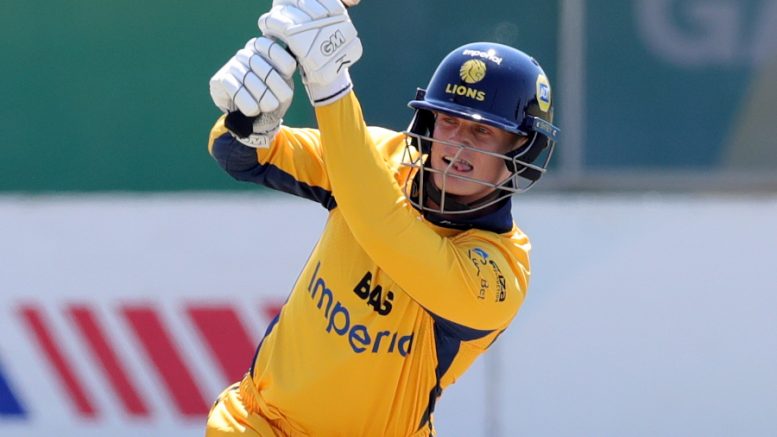 Lions wicketkeeper-batsman Ryan Rickelton has been recruited by the Deccan Gladiators for the latest edition of the Abu Dhabi T10, which will start in November 2021.

Rickelton captained the Lions in the recent T20 Knockout tournament. The team, however, failed to qualify for the next stage of Cricket South Africa’s new competition.

He was named in the Proteas’ T20 squad for the tour of Pakistan earlier this year, but did not debut.

Previously, Rickelton has played for the Jozi Stars, alongside West Indian batsman Chris Gayle and other international stars, in the Mzansi Super League.

All-rounder Migael Pretorius, who recently represented the Jamaica Tallawahs in the Caribbean Premier League, has moved from the Deccan Gladiators to the Maratha Arabians in the Abu Dhabi T10.

Pretorius was in the Proteas’ Test squad for last year’s series against Sri Lanka, but did not debut.

Leg-spinner Imran Tahir will play for the Northern Warriors.

Benjamin and Campher have since relocated from South Africa to pursue careers in England and Ireland, respectively. Benjamin will play for Team Abu Dhabi. Campher will represent the Maratha Arabians.

The Northern Warriors are the reigning champions. They beat the Delhi Bulls in February 2021’s final.