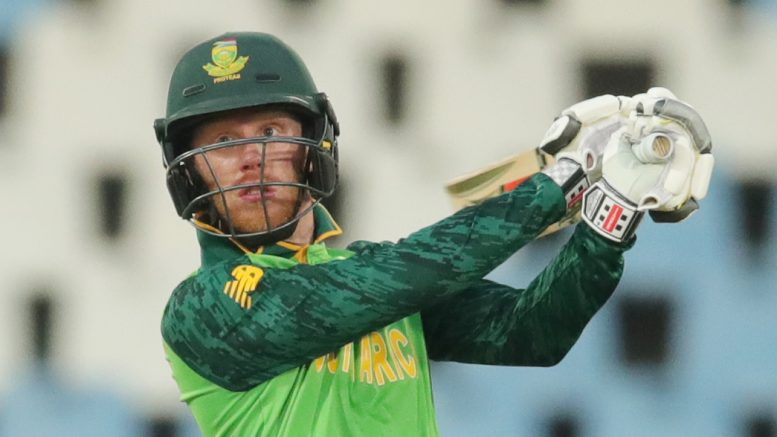 Batsmen Kyle Verreynne and Keegan Petersen were named in the XI on day one of the Proteas’ Test series opener against the West Indies at the Daren Sammy National Cricket Stadium in Gros Islet, St Lucia, on Thursday.

Verreynne has been capped four times at ODI level. This is Petersen’s first match in international cricket.

The 24-year-old Verreynne averages over 56 in in 45 first-class matches. The 27-year-old Petersen’s first-class average is almost 41 in 97 appearances.

Petersen effectively replaced Test retiree Faf du Plessis, while Verreynne was selected in the absence of the injured Temba Bavuma.

“Kyle’s biggest strength is his mentality and his can-do attitude, regardless of the situation. Something that he learnt, when he made all those runs, is that not everything has to be perfect technically in order to score big runs,” said Cape Cobras head coach Ashwell Prince.

“His biggest strength is his mind and his character. What he offers from a technical perspective is that he keeps things simple and uncomplicated.”

“Keegan looks like a very promising player. We’ve spent a bit of time with him now and technically he seems very sound and hungry to do well,” said former Proteas all-rounder Jacques Kallis last year.

“He’s keen to spend time in the middle and no doubt he is going to get a lot of runs going forward. I’m sure when the opportunity does come he’ll grab it with both hands, because I certainly think he’s talented enough.”