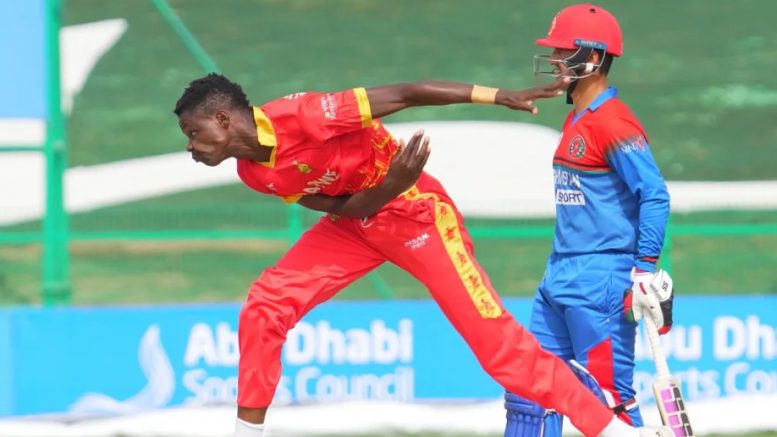 Zimbabwe fast bowler Blessing Muzarabani will join the Multan Sultans for the remainder of the 2021 Pakistan Super League.

The 24-year-old Muzarabani was a Kolpak cricketer with Northamptonshire in English county competition for a couple of season before returning for Zimbabwe 2020. The tall right-armer has been capped 41 times in international cricket.

Muzarabani is among several international stars drafted by the Sultans, including West Indian duo Shimron Hetmyer and Johnson Charles.

South African all-rounder George Linde was added to their squad, too, but has since withdrawn.

“I was so desperate to play in the PSL. Unfortunately, I could not be part of it. Because of some issues and to fulfill my national duty, I can’t start my journey in the PSL. Big thanks to the Multan Sultans, who show trust in me,” Linde wrote on social media.

The 2021 PSL was suspended in early May amid an increase in coronavirus cases across Pakistan. The tournament is scheduled to resume in Abu Dhabi, United Arab Emirates, later this month.

Be the first to comment on "Multan Sultans lose George Linde, but gain Blessing Muzarabani"