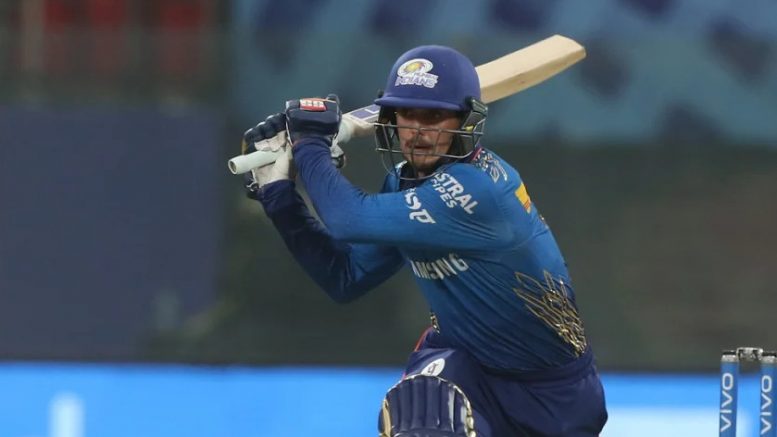 Proteas wicketkeeper-batsman Quinton de Kock will play for the Southern Brave in The Hundred later this year.

The Hundred is the England and Wales Cricket Board’s new limited-overs tournament.

Former Sri Lanka captain Mahela Jaywardene is the head coach of the Brave. He holds the same role for the Mumbai Indians in the Indian Premier League. De Kock plays for Mumbai in the IPL, too.

“I can’t wait to get going with Southern Brave. I’m also really excited to be working with Mahela again. Hopefully, we can have plenty of fans in to support us and we can give them something to cheer about,” said de Kock.

De Kock will be joined by South African-born New Zealand batsman Devon Conway at the Brave. He has replaced Australian all-rounder Marcus Stoinis.

“While we are disappointed that Warner and Stoinis will not be available for our men’s team, we are delighted to welcome both Devon and Quinton to the side,” added Southern Brave general manager Giles White.

“They are both quality cricketers who will add power and excitement up the top of the order for us.”

Rabada out of The Hundred

Proteas fast bowler Kagiso Rabada was signed by the Manchester Originals. Rabada, however, has since withdrawn from the Originals squad.

“It’s sad news that Kagiso will not take part this year, but the schedule and challenges around international travel due to Covid-19 remain an issue for some overseas players,” concluded an ECB spokesperson.