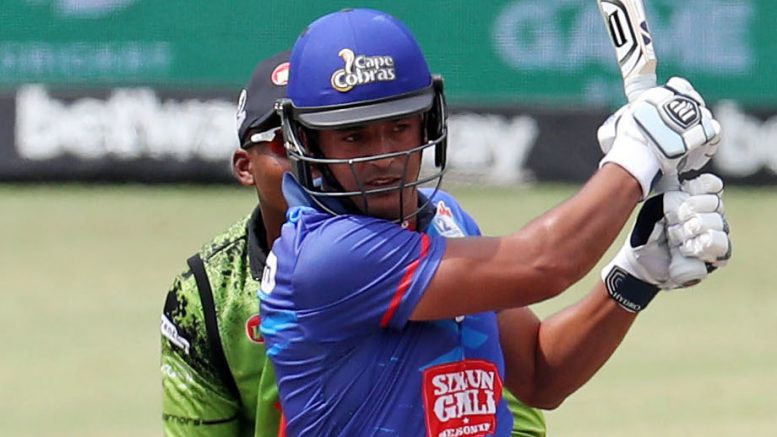 Western Province’s Tony de Zorzi and Zubayr Hamza have been named in South Africa A’s squads for May and June 2021’s tour of Zimbabwe.

South Africa A and Zimbabwe A will contest four one-day and two four-day fixtures in Harare, from 29 May to 16 June 2021. Hamza will captain the visitors in both series.

“We are pleased to have our A team playing again. This is vital for the growth of our next tier of players who have been starved of international experience of late,” said Cricket South Africa convenor of selectors Victor Mpitsang.

All-rounder Andile Phehlukwayo and others, who will tour the West Indies with the Proteas later this year, have been named in South Africa A’s limited-overs squad.

“The one-day series, in particular, will act as match preparation for our Proteas who will be taking part in the white-ball leg of the tour to the West Indies,” added Mpitsang.

SA A squad for one-day matches

“Red-ball cricket is a format that CSA holds in high esteem and wishes to protect at all costs, so it’s of great importance for us to ensure that we have a strong base from which the national selection panel can select when the national team needs an injection of new blood,” continued Mpitsang.

SA A squad for four-day matches