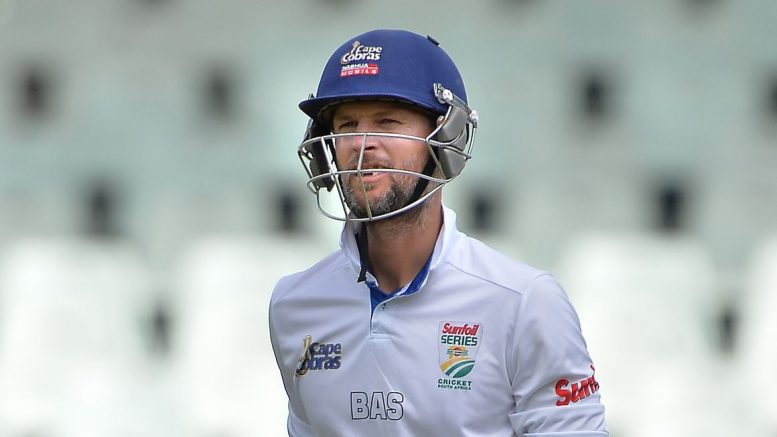 For almost 20 years of first-class cricket and 10,000-plus runs at an average of over 40, the expanse of Andrew Puttick’s domestic record was never rewarded with inclusion in South Africa’s Test team.

It’s not untoward to suggest Puttick should have been chosen ahead of several other pretenders, when the Proteas were searching for replacements for Graeme Smith and Alviro Petersen through 2014 and 2015.

At the time, Puttick was combating domestic attacks with characteristic enterprise – and averaged almost 50 for consecutive franchise seasons. He knocked on the national selectors’ door on several occasions, while Stephen Cook and Heino Kuhn were all but banging it down.

When South Africa were fiddling with Temba Bavuma and Stiaan van Zyl at the top of the order in India in 2015, one had to question Puttick’s absence. The same could have been asked in March 2017, when Theunis de Bruyn opened the batting in New Zealand.

And yet, as he looks back on his marathon domestic career in the wake of a typically understated retirement last season, Puttick is at peace with his lot.

“At that stage, I can’t really say I was bewildered by my lack of call-up. Stephen had just had the season of his life – and the same is true of Heino. I definitely think, though, over the years, I was unfairly overlooked,” Puttick tells Cricbuzz.

“I certainly think I had the technique for international cricket. There were times in my career when I was left wondering and disappointed not to be picked for the Proteas. But I can’t say I was surprised when guys like Stephen and Heino were picked when they were. Their numbers were good at that time.”

Arguably robbed of Test cricket, Puttick was at least afforded a solitary ODI, against New Zealand in 2005. That was effectively a call-up of convenience – he was playing for the Cape Cobras in Paarl on the day, while just an hour’s drive away the Proteas were struggling for a late injury replacement in Cape Town.

Walking onto the hallowed Newlands turf, which he had previously shared with several Cobras team-mates in first-class whites and limited-overs blue, he was now doing so in the prestigious green and gold. What could have been a dream debut, unfortunately, transpired as an individual nightmare. His Proteas and Cobras team-mates – Smith, Herschelle Gibbs, Jacques Kallis, Ashwell Prince, Justin Kemp and Charl Langeveldt – made significant contributions to a tight win over New Zealand, but Puttick suffered a deflating duck.

“It was all a bit bizarre. I was in my whites, about to walk out on the field in Paarl. The coach called me over and said, ‘You’re on your way to Newlands. You are playing for South Africa today.’ Shukri Conrad can be a bit of a joker, so I thought it was a prank. A couple of hours later I was singing the national anthem and walking out to bat,” recollects Puttick.

“I should have taken a single off my first ball, but I turned it down. Four balls later, I got a cracker from Shane Bond and that was that. I understand the game – some days you are destined to score runs, some days you are not. It didn’t happen to me that day – that’s cricket. You can’t do anything about it. I enjoyed the experience.

A decade later, Puttick has effectively become the hero, role model and example the likes of Kallis, Prince, Smith and company were to him during the first half of his career. The second half, more particularly the last couple of years, has seen Puttick become purposeful about paying forward his knowledge and experience.

“I came into the team as a teenager and was pretty much in awe of guys like Kallis, Gibbs and Gary Kirsten. Sitting in the change room and listening to all their stories about life and cricket, I didn’t realise it at the time, but I took a lot from those talks,” says Puttick. “As time goes on, you’re then filling that roll of the senior guy, imparting this and that to the youngsters. To start with, it’s more of an automatic thing, but then you probably become a bit more purposed about it. Again, you don’t really realise it at the time, but once you have been in the system for five or more years, you’re that guy whose stories are being listened to by the youngsters.

“That’s quite a responsibility to have, building into the youngsters, and having them realise that you have a big influence – not just in conversation, but also how you train and how you approach the game, success and failure. In recent years, I’ve been very aware of the influence I have over the younger guys. I’ve been keen to keep that culture of Western Province and Cobras cricket flowing from generation to generation.”

Current Cobras wicketkeeper-batsman Kyle Verreynne, in fact, was just two years old when Puttick’s first-class career started – and is among the leading examples of Puttick’s transition from player to mentor.

“Putters doesn’t always talk about it, but words and actions are always about how we must ‘keep that culture’, enjoy ourselves and win matches. It’s so true that you learn as much off the field, in the change room and on the training ground, as you do when you’re out in the middle with experienced guys like him,” Verreynne tells Cricbuzz.

Ex-Cobras coach Paul Adams tried to ‘keep that culture’, but ultimately self-important and immature shortfalls caught up with him. Puttick’s relationship with Adams’ successor, Prince, has since come full circle.

“It wasn’t nice to see Paul lose his job. At that time, the team environment was not a good one. The respect had broken down between the players and the coach. It wasn’t pleasant. The right decision to move Paul was made,” says Puttick.

“Ashwell has brought in a different energy and a different focus. We played together for a long time, so the transition to him becoming my coach was pretty straightforward. He is a really determined character who sets high standards – and has brought a lot of that into his coaching. He is honest, with his praise and his criticism. If you’re coasting, he won’t be shy to tell you that you are not pulling your weight. Going forward, he has a good group of youngsters to work with.”

Of all his centuries scored, nail-biting finishes won and titles clinched, Puttick counts 2009’s ton in the now-defunct Champions League Twenty20 among his most memorable achievements. An Otago Volts attack serviced by a string of international talent didn’t know what Puttick was capable of. Puttick didn’t know what he was capable of in a relatively new format.

“I always enjoyed four-day cricket – and found that the most satisfying. Winning four-day games and four-day trophies was always the most special. In saying that, though, one occasion I’m particularly proud of was my century in the Champions League. Two weeks before that trip to India, I hadn’t even been picked. Graeme was meant to captain the team, but got injured and was ruled out. So, not only was I called up to the squad, but I was also elevated to captain the XI,” he recalls.

“That was really nice – go out, get a ton, as captain. I didn’t know I could bat like that. Twenty20 cricket was still quite new at the time. To then know that I could get a ton, off 60-odd balls, on the international stage, was very satisfying.”

Puttick’s retirement came amid the hullabaloo of Australia’s ball-tampering in Cape Town earlier this year. The cricket news cycle did not do his exit – and the near two decades of loyal service before it – justice. Fitting of the man and his unassuming nature, he is okay with a modest farewell to his playing days – and thankfully won’t be lost to the game entirely.

“I’m not – and have never been – the kind of guy who looks for limelight. I just want people to remember me as someone who played the game competitively and in the right spirit. A lot of guys have supported me over the years – my mates in cricket and my mates outside cricket. To them, I am truly grateful,” he insists.

“The relationships you form and the friends you make over the years counts for a lot. That’s a really good thing about team sports. You get to go to ‘work’ with mates and test your skills, alongside them, in a competitive environment. On the other hand, it can be quite difficult as well – you see a lot of guys move out of the team environment and onto other things.

“The plan is to stay involved with Western Province and the Cobras, too, in some sort of batting consultancy or coaching role. I definitely want to be involved there.”

This feature first appeared on Cricbuzz.

Be the first to comment on "Andrew Puttick: There were times I was left wondering and disappointed not to be picked for the Proteas"