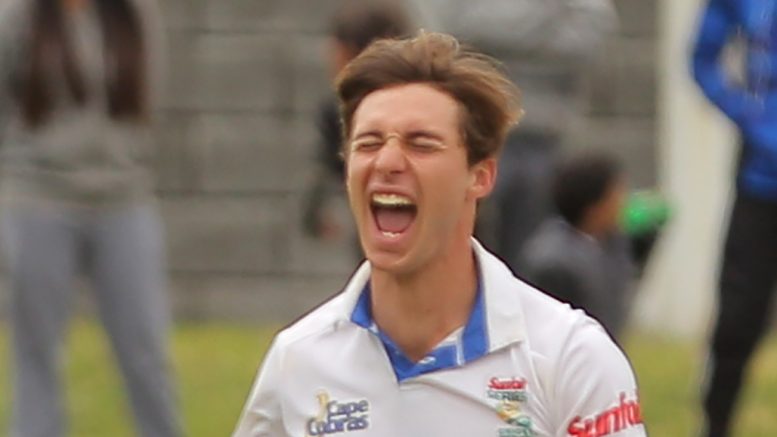 Cohen, who has played franchise cricket for the Cape Corbras, declined the Western Province Cricket Association’s offer of a provincial contract earlier this year.

“Michael is a really promising bowler and we were keen to get him on board for all forms,” said Derbyshire head of cricket Dave Houghton.

“He has a good record in South Africa and players will be given a chance to fight for a place in the team.”

The 21-year-old Cohen qualifies for European Union citizenship and, therefore, is not considered an overseas player for Derbyshire.

“It’s really pleasing to have joined Derbyshire. I’m eager to test myself in England and continue my development,” added Cohen.

“We have a really good group of bowlers, and I will be looking to use their experience and adapt to conditions quickly. The club had a good season last year, so I know there will be competition for places, but I will work hard for my chances and hopefully show what I’m all about.”

“I’m pleased to have secured Dan on a two-year deal with Surrey. Following promising performances with the MCC Young Cricketers and our second XI, he has shown enough potential to earn this contract with the club,” said Surrey director of cricket Alec Stewart at the time.