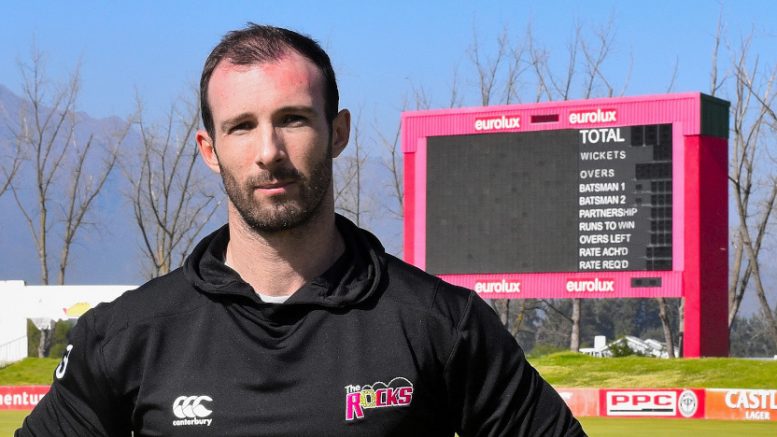 The team will be known as ‘The Rocks’ across all three formats, including division-one first-class cricket and the new T20 Knock Out Competition.

“I’m older, wiser and delighted to be entrusted with the captaincy duties this season. I believe we have assembled a good squad blended with experience and young players,” said Malan.

“I always enjoyed the role as captain and I see my role more than as an on-field leader, but also off the field as mentor to young players. When I was offered the opportunity to join The Rocks, I did not hesitate for one moment.”

The 32-year-old Malan has been capped three times at Test level – and recently returned from a stint with Warwickshire in English county cricket.

“The appointment of Pieter as captain of The Rocks was made because of the need for an experienced cricketer with solid leadership qualities to lead the team in the first season in the new format,” said Birrell.

“Pieter has played over 160 first-class and 110 List A matches – his experience is vast and he is well placed to plan and strategise in all our campaigns. I’m really looking forward to working alongside him.”

“This is indeed exciting times for the cricket community of the region and serves as confirmation of our intentions to make an impact this season,” added Fortuin.

“When we set out in assembling our squad for the season we then pencilled in Pieter as captain. We believe he is the right person for the task at hand and that is to win silverware this season.”