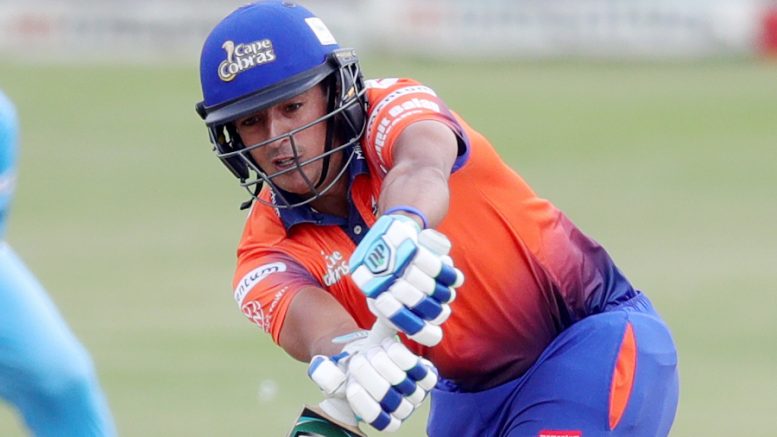 Batsman Zubayr Hamza has been named full-time captain of the Cape Cobras ahead of the 2020-21 season.

Hamza captained the Cobras on a temporary basis toward the end of the 2019-20 season. The appointment announced on Tuesday, though, is permanent.

He has succeeded former captain Dane Piedt, who is relocating to the United States of America.

“It is an honour and privilege to captain this proud franchise,” said Hamza.

“I want to thank the Cobras management for putting their faith in me as the captain. I want to thank my predecessor Dane and the former captains who came before me – the likes of JP Duminy, Rory Kleinveldt, Justin Ontong and Andrew Puttick.

“We have an extremely exciting squad this coming season and even though I have my own style of leadership, there’s quite a number of guys who have strong leadership qualities that I’d be able to lean on for assistance and advice throughout the season.

“We have created quite a positive atmosphere throughout the team and have been putting in a high standard of work for the past couple of months, which has been really impressive. We are all excited for the upcoming season.”

The 25-year-old Proteas right-hander has been capped five times at Test level.

Meanwhile, the Cobras have appointed the experienced Barney Mohammed convenor of selectors. Former first-class batsman Romano Ramoo has been hired as the team’s video analyst.