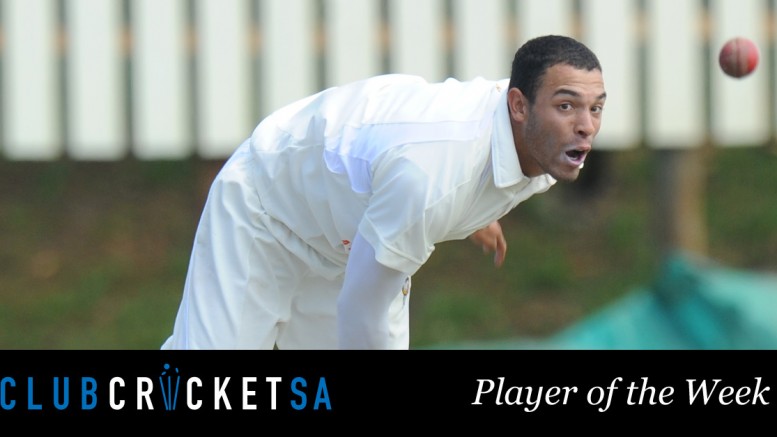 University of the Western Cape Cricket Club’s Jody Lawrence has clinched the final Club Cricket SA Player of the Week award for February 2017.

The right-arm seamer, who took two wickets in the first innings, secured a fine haul of seven for 37 in the second – for a telling match aggregate of nine for 88 in 28.5 overs.

Be the first to comment on "Club Cricket SA Player of the Week: Jody Lawrence"