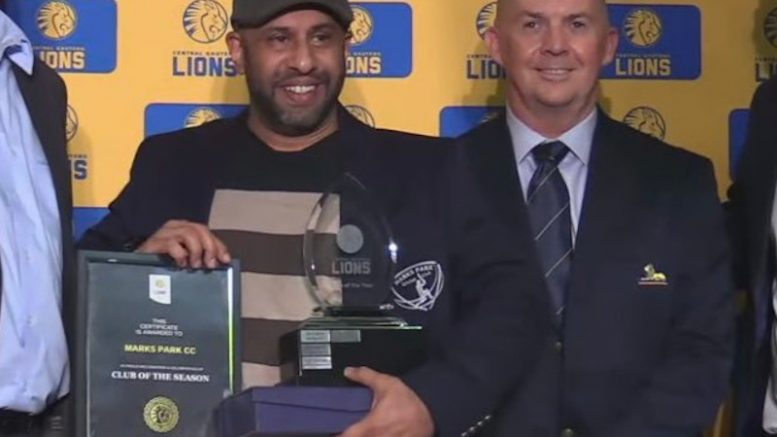 Marks Park Cricket Club were named Club of the Year at the annual Central Gauteng Lions amateur awards this month.

Wanderers Cricket Club claimed the Club of the Year award in the women’s category.

“A hearty congratulations and huge thank you to all our winners and every role player that made this past season possible,” said Central Gauteng Lions chief executive officer Jono Leaf-Wright.

“My heart bursts with pride at your achievements despite the world’s circumstances. I asked this province to hold hands and work together as a team and every single person did just that, which I am immensely proud of and grateful for.

“To those cricket-loving members of CGL who missed out on awards, know that you are important, appreciated, brilliant and your time to shine will come.

“CGL is excited with all the winter cricket on the go at the moment and the matches planned for the off-season. Cricket is certainly alive and well within our great province.

“I am equally excited for the new season ahead because I have no doubt that we’re set to come out firing come 2021-22 as we strive to love more, grow more, contribute more and win more.”

Be the first to comment on "Marks Park Cricket Club, Wanderers Cricket Club claim Club of the Year awards"