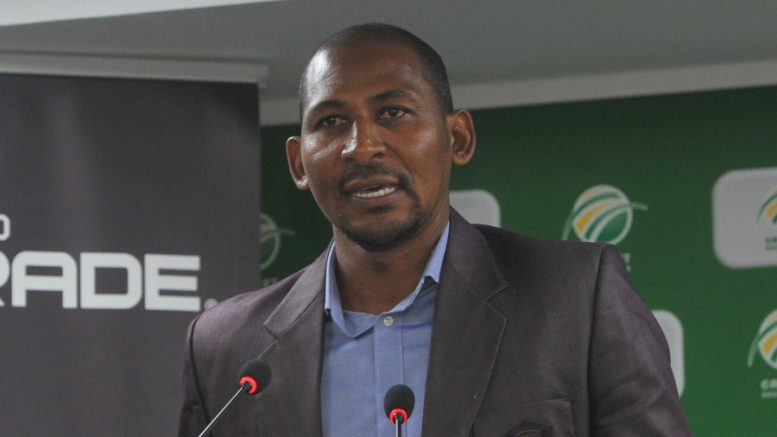 Mpitsang played two ODIs for the Proteas in 1999 before moving into cricket coaching, administration and commentary. He has succeeded former CSA convenor of selectors Linda Zondi.

“The role for the national convenor of selectors is an incredibly important one, which is why the process of appointing the eventual candidate has taken so long,” said CSA director of cricket Graeme Smith.

“We needed to be certain that we have left the role in the safest hands possible and Victor’s credentials speak for themselves.

“He has made it his business to know the ins and outs of cricket after his playing days, from Mini Cricket, all the way to the senior Proteas men’s and women’s teams.

“His experience as a coach in our various development programmes means that he has the kind of knowledge and context that was crucial in our chosen candidate.

“I’m looking forward to seeing what he brings to the role and the stamp that he will put on our national teams and I know he is excited to get down to business as soon as he possibly can.”

Mpitsang’s tenure will start on 2 November. The selection of South Africa’s squads for this year’s limited-overs series against England, which will likely be confirmed soon, will be among his top priorities.

“It’s an honour to be called up for this role. For the last eight years since my retirement, I have consciously looked to learn as much as I can about this game and I have put in many hours gaining that knowledge and experience,” added Mpitsang.

“When you retire from playing you always hope you can stay in and around the game somehow and make a positive contribution in some way no matter how small.

“I have been incredibly fortunate to have received the opportunities that I have in the past and to have learned how things work from admin to playing and coaching.

“I’m really looking forward to this next chapter and all that it brings. The Proteas teams are a vital part of the cricket eco-system and there are areas that need our immediate attention, which I’m itching to get started on.”