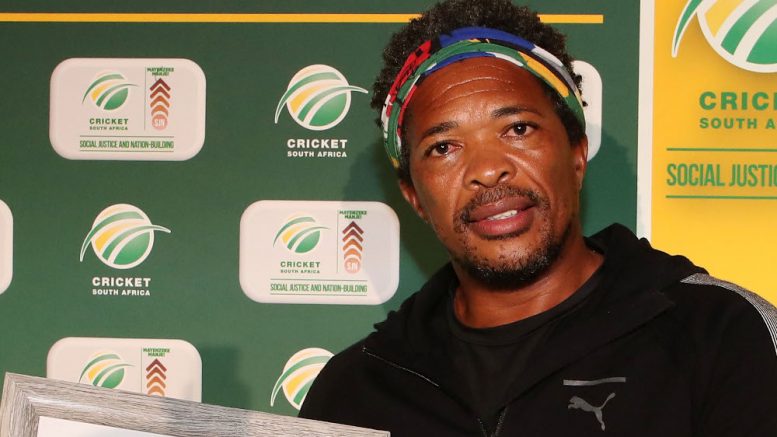 Ntini was the Proteas’ first black African cricketer – and took more than 600 international wickets from 1998 to 2011.

“I am delighted to announce that the interim board has approved a new award named after one of our legends – the Makhaya Ntini Power of Cricket Award,” said CSA acting chief executive officer Pholetsi Moseki.

CSA awards judging panel convener Jeremy Fredericks added: “The Makhaya Ntini Power of Cricket Award serves to demonstrate the ability for this game to change lives and communities, just as it did for Proteas bowling legend Makhaya.”

No Groundsman of the Year award

CSA announced awards nominees this week. Groundsman of the Year and Women’s International Newcomer of the Year, however, did not feature among the categories.

“As not all our first-class venues have been able to stage cricket this year, we have decided not to honour an individual groundsman but rather to celebrate the contributions of all our grounds staff around the country,” added Moseki.

“As no player in the women’s section achieved the necessary criteria to be considered for the Women’s International Newcomer of the Year, we have thought out of the box to honour our Black Day kit, which our Proteas women wore to draw attention to the campaign against the scourge of violence against women and children.”