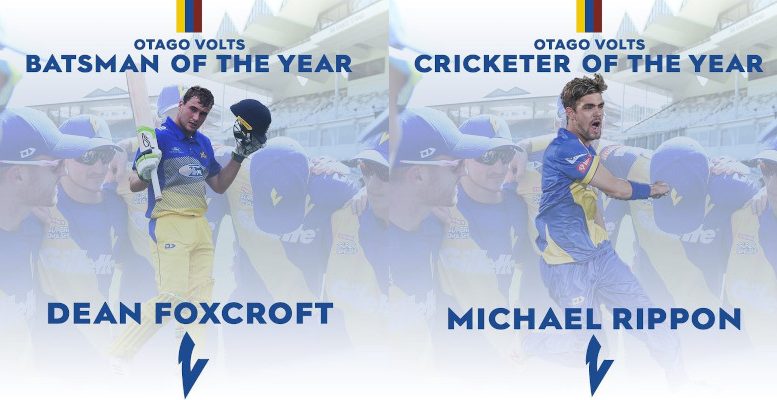 Former South Africa Under-19 all-rounder Dean Foxcroft was named Batsman of the Year at Otago Cricket’s 2019-20 awards ceremony this week.

This was Foxcroft’s first season at Otago. He had previously played for Central Districts.

“It was not an easy decision. But for me it was the quickest way to hopefully play for New Zealand and that is my main goal,” he said at the time of the move.

Rippon played six ODIs and 18 T20Is for the Netherlands between 2013 and 2018. He, like Foxcroft, is pursuing an international debut with New Zealand. He trained with the Black Caps earlier this year.

“It is a step in the right direction. Just getting to meet everyone and forming relationships and getting an idea of what they are about and vice versa has been helpful,” said Rippon.

“It is the beginning of the conversation that you are on the radar, you know.”