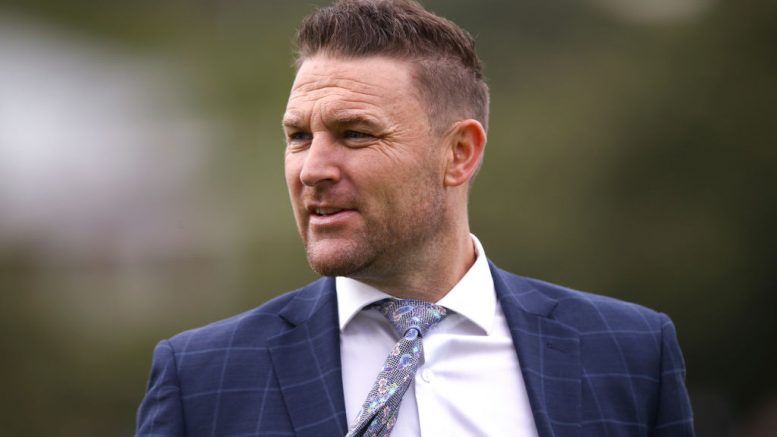 McCullum is currently with the Kolkata Knight Riders in the Indian Premier League.

He coached the Trinbago Knight Riders to the Caribbean Premier League title in 2020.

“I’d like to say how pleased I am to be given this opportunity to positively contribute to England’s Test cricket set-up and move the team forward into a more successful era,” said McCullum.

“In taking this role on, I am acutely aware of the significant challenges the team faces at present, and I strongly believe in my ability to help the team emerge as a stronger force once we’ve confronted them head-on.

“I’ve enjoyed several robust conversations about the direction of travel for the team and have found his enthusiasm contagious. I’m no stranger to bringing about change within a team environment, and I can’t wait to get started.”

McCullum is 40 years old – and played professional franchise cricket as recently as 2019, with the Brampton Nationals in the Global T20 Canada and Brisbane Heat in Australia’s Big Bash League.

He has effectively succeeded former England coach Chris Silverwood, who was dismissed earlier this year and has since joined Sri Lanka.

McCullum will work alongside new England Test captain Ben Stokes, who was born in New Zealand before relocating to the United Kingdom as a child.

England previously had one coach across three formats. Now, McCullum will be the Test coach and someone else the ODI and T20I coach.

“We are delighted to confirm Brendon as England Test head coach. It has been a real privilege to get to know him and understand his views and vision for the game. I believe his appointment will be good for England’s Test team,” added Key.

“He has a recent history of changing cricket culture and environments for the better, and I believe he is the person to do that for England’s red-ball cricket.

“We were incredibly fortunate to have a seriously strong list of quality candidates for the post, with Brendon demonstrating he was our number one choice.”