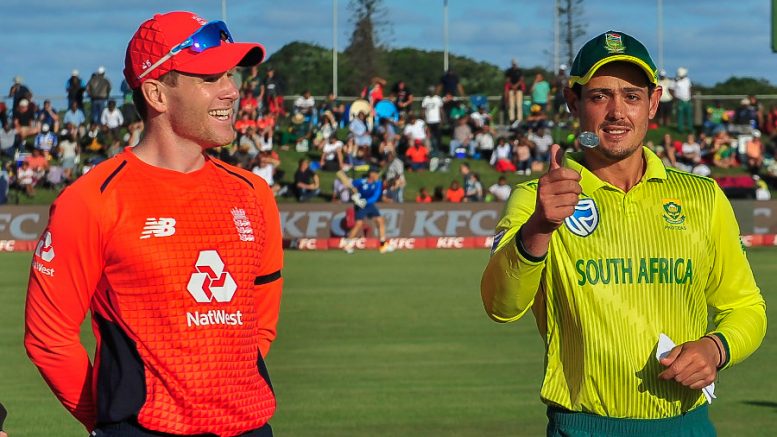 November and December 2020’s limited-overs series between South Africa and England has been confirmed.

The series will be played without spectators as a preventative measure against the spread of the coronavirus pandemic.

The tour had been in doubt amid the pandemic, but the South African government has agreed to waiver some of the restrictions imposed on visitors from countries deemed ‘high risk’.

“This is a wonderful boost for cricket and, although all the matches will have to be played behind closed doors,” said acting CSA chief executive officer Kugandrie Govender.

“The fact that England are the current World Cup champions will add tremendously to the two series and will give our own players every motivation to perform at their very best to challenge the reigning champions.”

South Africa and England drew an ODI series in February 2020. England then won the T20I series. The Proteas haven’t played international cricket since early March. The English, though, hosted the West Indies, Pakistan and Australia in July, August and September, respectively.

“We are looking forward to touring South Africa. I would like to personally thank Cricket South Africa for their efforts in ensuring this tour goes ahead and their diligent work to create an environment that is safe for our players and staff. They are working tirelessly to pull together a bio-secure plan in Cape Town and Paarl,” added England and Wales Cricket Board chief executive officer Tom Harrison.

“We owe it to the sport that we do everything we can to keep international competition progressing during this pandemic. Series against the Proteas are always exciting and intense. We saw that earlier this year in South Africa and we can expect the same this time around.”