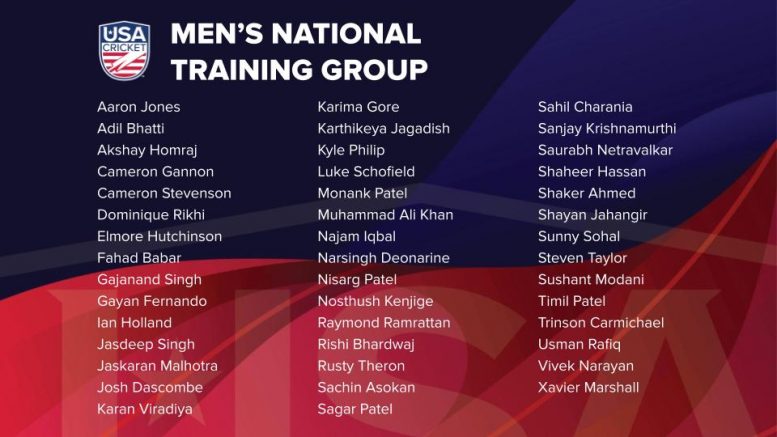 He is playing for the St Louis Americans in Minor League Cricket.

“It has been a hugely challenging 12 months for everyone involved in cricket around the world,” said USA Cricket chairman of selection Michael Voss.

“On behalf of my fellow selectors, I would like to thank the cricketers from all over the country who took part in the zonal trials – for their attendance, commitments, efforts and for their patience as we work our way through this difficult time.

“We are delighted to now extend the national training group to a panel of 44 talented cricketers from right across the country.

“This training group will be regularly revised based on each player’s attitude, training and match performance, and of course their skill development and fitness.

“We have vitally important matches coming up in 2021, so the men’s training camp and team USA selection matches we are planning for next month in Houston are critical to bringing everyone together.

“The extended group of players more fairly reflects the depth of talent we have seen across the country and will allow us to pick the strongest possible team USA squad for our return to action in the ICC Cricket World Cup League 2.”

Claremont Cricket Club have also been represented elsewhere around the world.

Get information about The Clubhouse at Claremont Cricket Club