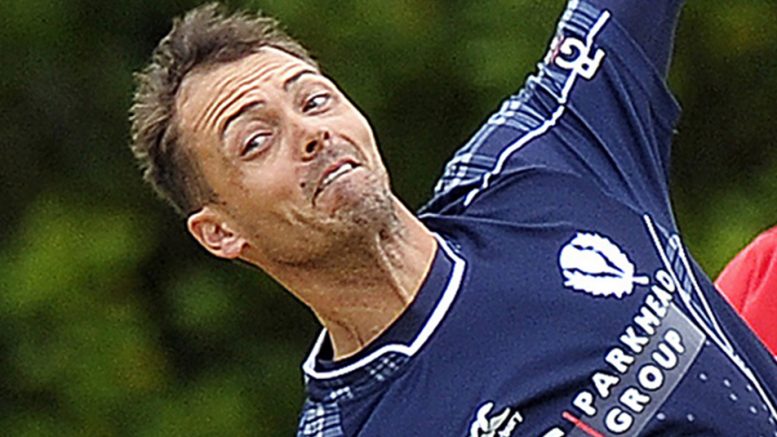 De Lange was diagnosed with a brain tumour in late 2017 – and died on Friday morning. He was 38 years old.

He was key to Hermanus Cricket Club’s 2004 National Club Championship campaign – and later played franchise cricket for the Cobras, Eagles and Knights.

He, too, played for South Africa under-19 – and Northamptonshire in the United Kingdom.

Gutted to here that Con De Lange has passed away this morning. What a warrior he was and taken so young. My sincere condolences to the family and there two children. RIP Con De Lange🙏🏼

RIP Con De Lange !!! Someone i woulda taken 2 war with me any day of the week! Such a good soldier lost way 2 soon!! Condolences 2 Claire n the kids! #loveyoubrother

“Con’s death at such an early age is a tragedy. He was a great servant to cricket in Scotland as well as South Africa and elsewhere, not just in the national team but also at regional and club level with his infectious and inspirational commitment, both as player and coach,” said Cricket Scotland chairman Tony Brian.

“But above all, we will remember Con the man – competitive, committed and the ultimate team player, someone with unshakeable principles and integrity. He will be greatly missed and very fondly remembered by many throughout the world of cricket. The thoughts of everyone in the Scottish cricketing community are with Claire, Daisy and Rory.”

De Lange is survived by a wife Claire, son Rory and daughter Daisy.