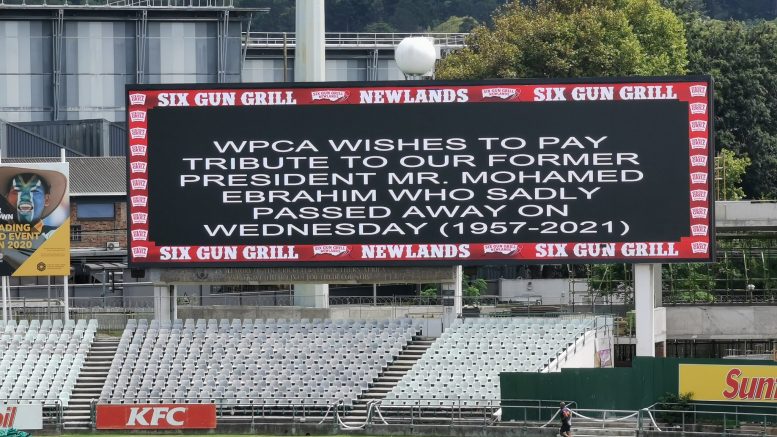 Ebrahim was WPCA president from 2007 to 2011. He also served as chairman of Montrose Cricket Club.

“We are devastated to inform everyone of the passing of Mohamed ‘Boela’ Ebrahim,” read a statement from Montrose Cricket Club.

“He served for many years as our club chairman and then as the WPCA president. May Allah grant him Jannatul Firdaus, Inshallah.”

“He was a senior figure at Western Province for a number of years and also served CSA with distinction. On behalf of the CSA family, we extend our deepest condolences to his family, friends and associates.”

CSA interim board chairman doctor Stavros Nicolaou concluded: “Mohamed was part of a generation of excellent administrators and worked tirelessly towards ensuring that the game was run professionally and with the highest standards.

“He was a loyal servant of the WPCA and will be sorely missed.”

Be the first to comment on "Former WPCA president passes away"