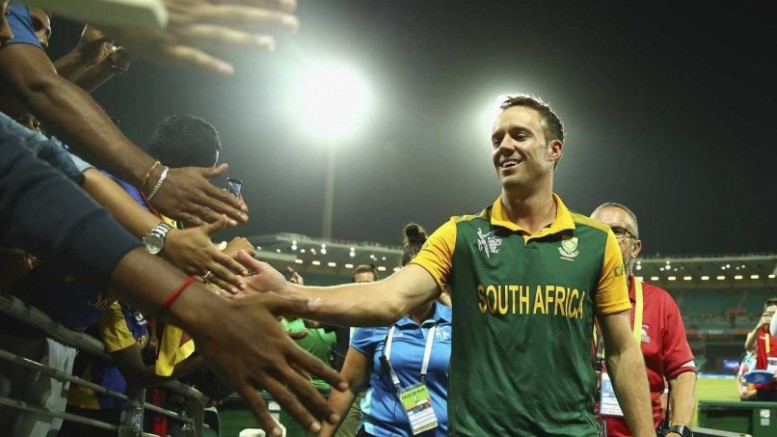 South Africa has truly been spoiled with legendary cricketers. But not every great Protea is necessarily held in high esteem by fans. It takes something more than a lot of runs or wickets to be truly celebrated, such as these five icons of South African cricket.

But Rhodes is regarded by many as the game’s greatest fielder ever, having exploded onto the international scene with an unforgettable run out of Pakistan’s Inzamam ul Haq in the 1992 World Cup. His legend grew steadily from there and during his career he set numerous ODI records, collected more endorsements than any South African athlete before him, and made fielding into an art form.

Graeme Smith’s brash bravado propelled him to becoming South Africa’s youngest captain ever. Smith would go on to hold the helm for 108 matches, the most by anyone in test history. Put another way, Smith began captaining when dial-up internet and DVDs were new and exciting, continuing on into the age of doing everything online (even banking and online sports betting) and NetFlix.

It’d be revisionist to suggest that Smith was always well-received during his career, but in retirement the true magnitude of Smith’s many records (such as scoring 2000+ more runs as a captain than anyone else) in spite of many ongoing personal challenges are beginning to be realised.

A standout at every sport he tried as a child, South Africa is fortunate that 19-year old AB de Villiers decided on cricket. The decision ended up revolutionizing the game, as ABD went on to become one of cricket’s most innovative and flat-out best batsmen ever.

In addition to his countless world records on the oval (e.g., fastest ODI century and half-century, most World Cup sixes, fastest to 9000 ODI runs), Mr. 360 was equally impressive off of it. ABD’s humility, charitable heart, team-first attitude, and endearing attempt at making pop music made him universally beloved his entire career.

Woogie was the all-rounder every young cricketer dreams of becoming. Equally respected by bowlers and batsmen alike, Kallis retired in 2013 as the only player to ever to tally more than 10,000 runs and take 250 wickets in both ODI and test cricket.

He was also instrumental in helping South Africa win their only ICC tournament. In the 1998 ICC KnockOut Trophy semi-final against Sri Lanka, Kallis put forth a legendary performance (113 off 100 balls) that had bettors on South Africa’s newly-legal online sportsbooks in a frenzy. As fast-growing was this industry it also, inevitably, gave rise to many fraudulent sites giving genuine safe sites the challenge of differentiating themselves. However there are guides out there such as Casino.co.za that give you an insight of which sites are harmful and which ones are safe, secure and most popular in South Africa.

Given his legend status already, it’s hard to imagine the esteem Barry Richards would hold today if he was able to play more than just four test matches. In those few international matches, Richards compiled an impressive 508 runs, all against Australia.

Upon South Africa’s expulsion from international cricket in 1970, Richards applied his trade playing first class cricket in England, Australia, and his home country. Over the course of his nearly 20 year career, the batsman recorded 28,358 runs, 80 centuries, and was named Wisden Cricketer of the Year for 1969.