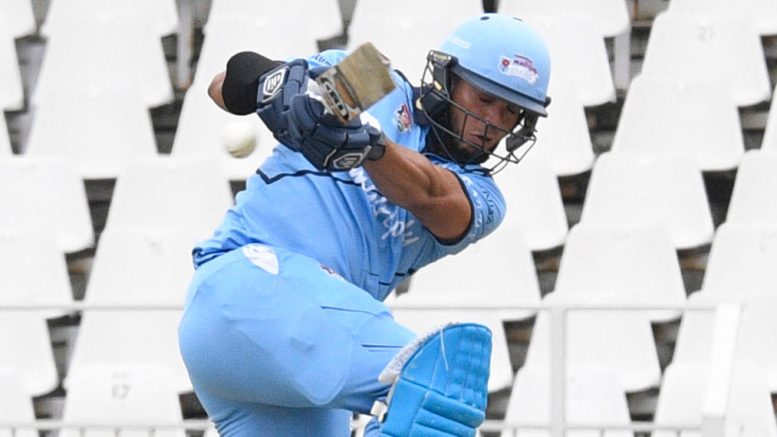 Proteas wicketkeeper-batsman Gihahn Cloete has returned to the Knights ahead of South Africa’s 2022-23 domestic season.

Cloete last played for the Knights during the 2014-15 season before moving to the Warriors and later the Titans.

“For the new group we had to look at securing a guy that can take the gloves behind the stumps,” Knights chief executive officer Johan van Heerden told OFM.

“We are happy to announce that Gihahn will be returning home. He had a wonderful season with the Titans, so he will be our number one wicketkeeper.”

Cloete played two T20Is in 2018 and 2019. He fell for two against Zimbabwe in East London and collected 13 versus Pakistan in Cape Town.

“I’m definitely looking forward to putting in some performances for the team and getting back with the guys,” added Cloete.

“It shows that there is a little bit of loyalty and now I am returning the favour.”

The Knights have also signed wicketkeeper-batsman Isaac Dikgale from North West. Dikgale was with North West for one season after moving from Western Province.

“Then obviously we had a look at Isaac, who scored a lot of runs and did so well for Northern Cape,” added van Heerden.

All-rounder Aubrey Swanepoel has returned to the Knights from Northern Cape.

“We’ve got a new fast bowler in Mpungose. We are extremely excited about him and he played one game for us and it was very promising,” concluded van Heerden.

“With a bit of change to his action we believe that he is somebody that will be able to bowl at 140 kilometres per hour and more.”