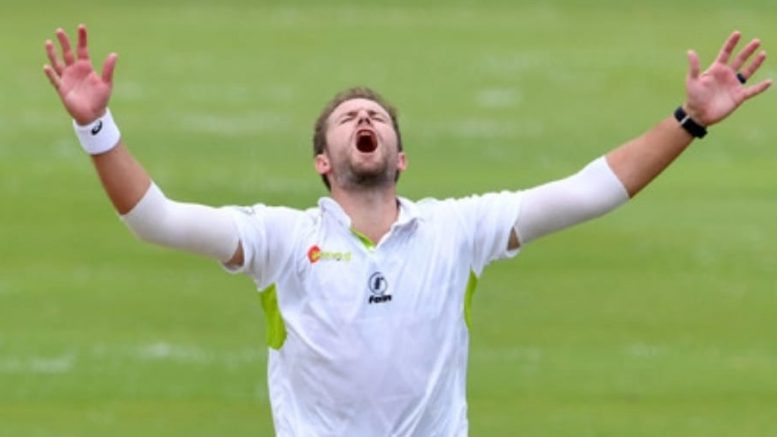 All-rounder Kelly Smuts’ first-class career, which has been dormant for over a year, will resume with the Northern Cape later this year.

‘I view this as a bit of a comeback’

He was not contracted for the 2021-22 season. Instead, he played club cricket in the United Kingdom – and has since found a new cricket home at the Northern Cape.

“Having not played in South Africa last season, I view this as a bit of a comeback. I am really looking forward to it. It is something that I wanted, but it was not something I expected,” Smuts told Club Cricket SA.

“I still have a good three or four years of top cricket in me. I didn’t think it was going to happen. The fact that it has happened, I’m really grateful and excited for it.

“I know there is an element of risk for the Northern Cape signing a player who has been out of the professional game for a year. But I’m excited to repay the faith they have shown in me.”

From ‘pay to play’ at Northern Cape to contracted

Alongside a decade-long career with Eastern Province, Smuts was capped 56 times – 16 T20, 17 List A, 23 first-class – by the Warriors at franchise level.

He will join a Northern Cape squad that has also gained all-rounder Grant Thomson from Easterns and spinner Tshepo Ntuli from the Lions.

“Northern Cape assistant coach Deon Carolus contacted me toward the start of the 2021-22 season in South Africa. I chatted to him and Northern Cape head coach Mark Charlton. They were quite keen to use me on a ‘pay for play’ basis,” added Smuts.

“That didn’t really work out then, but Mark and I stayed in touch. He effectively anticipated losing players to division one teams, which did happen in the end, and wanted to find a space for me.

“In my chats with Mark, it looks like he is keen to use my first-class experience. I’ve played over 100 first-class matches and am a seasoned first-class cricketer. I’ve done really well at semi-professional level and, at franchise level, showed glimpses of what I could do.

The Northern Cape are the frontrunners for promotion to the first division of South African domestic cricket.

They won division two of the 2021-22 4-Day Domestic Series and are at top of Cricket South Africa’s promotion-relegation standings.

“Hopefully, I will get an extended stay in the Northern Cape XI and help us get promoted. I feel like I have cheated the system, in a way, in that I had nothing to do with them winning recently,” joked Smuts.

‘Bitter end to the short relationship’ at SWD

Prior to the move to the Northern Cape, Smuts made two first-class appearances and as many at List A level for South Western Districts during the 2020-21 season, which was shortened amid the coronavirus pandemic.

“My time at South Western Districts was short-lived, but it was good. I enjoyed being there, I wanted to stay, but it didn’t pan out accordingly,” he concluded.

“It was a bitter end to the short relationship I had with South Western Districts Cricket. I enjoyed playing there. For it to end the way it did, it was a bitter pill to swallow.”