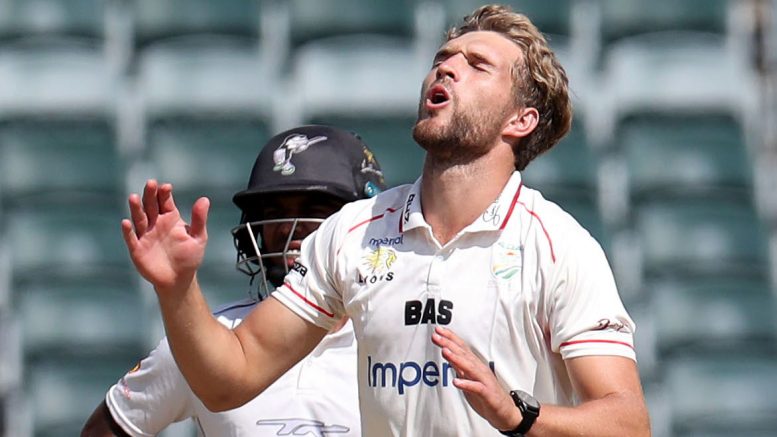 Mulder signed with Leicestershire in January. Two months later, though, the county have cancelled the arrangement.

“Mulder was recently part of the South Africa squads for Test series against Sri Lanka and Pakistan and faces a potentially busy period, given international schedules continue to be flexible with the coronavirus pandemic,” read a statement from Leicestershire.

“At the time of signing, it was unknown what cricket was on the horizon due to worldwide scheduling, but Mulder is now expected to be involved in significant amounts of cricket.”

The 23-year-old Mulder has been capped four and 10 times, respectively, at Test and ODI level. He was a key member of the Lions’ title-winning T20 Challenge campaign recently.

“It is a huge shame that Wiaan won’t be joining us, but we understand the need for flexibility in the current situation and wish him all the best for the coming months,” added Leicestershire head coach Paul Nixon.

Be the first to comment on "Leicestershire cancel Wiaan Mulder deal"