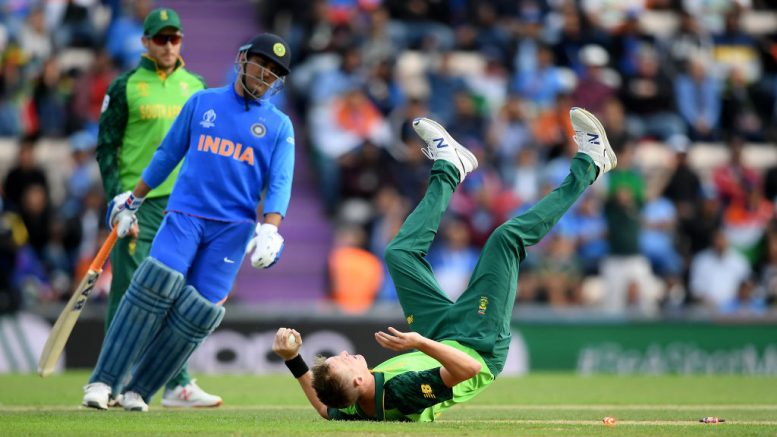 Morris top-scored with 42 in the Proteas’s total of 227 for nine – and later took the wicket of wicketkeeper-batsman Mahendra Singh Dhoni during India’s successful pursuit with 15 deliveries to spare.

The result has effectively left South Africa in need of six victories in as many matches in order to qualify for the semi-finals. They were also beaten by England and Bangladesh earlier in the tournament.

“Obviously we are disappointed to lose three games so far, but we ask the fans at home to stay with us and back us as much as you can and we will try and perform for you. Stranger things have happened at the World Cup before,” said Morris.

“Our body language was not there in the first two games, but today we addressed that. Overall I thought we were quite good.”

“A few opportunities came our way but then didn’t go our way. At the end of the day if a good Indian team took so much time to get to the 227 target, it shows we bowled well. Maybe with a bit of luck, things could have gone our way,” added Morris.

The Proteas will meet the West Indies at the same venue on Monday. Five days later, they will play Afghanistan at Sophia Gardens in Cardiff.

“The guys know what is needed to be done. We are a bit disappointed and angry. But when the sun comes up tomorrow, we take on our next opponents. It is as simple as that,” concluded Morris.

Be the first to comment on "Morris: Overall, I thought we were quite good"