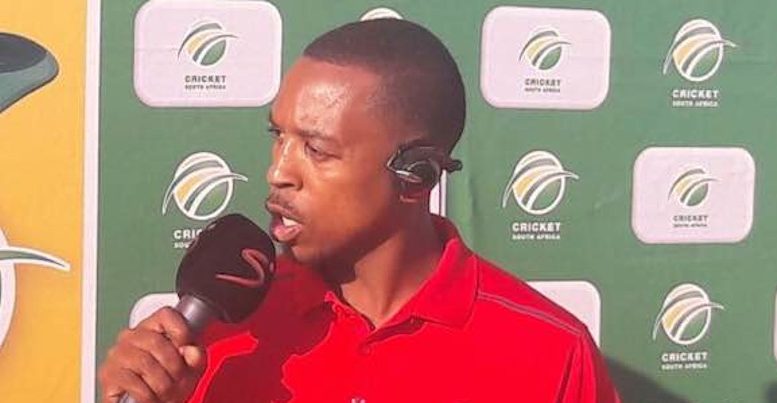 Former Lions and Warriors batsman Dumisa Makalima will be the head coach of Limpopo during South Africa’s 2021-22 domestic season.

Makalima has been assistant coach at the Lions and head coach of the University of Johannesburg Cricket Club. He has also worked with the Proteas Women and did a stint of television commentary.

“I’m pleased with this opportunity. I’ve invested 10 years into getting a chance like this. I’ve been an assistant coach before with the Lions, under Geoffrey Toyana. We did quite well there,” Makalima told Club Cricket SA.

“I was involved with the Proteas Women as a video analyst. I’ve also coached in the lower, development structures of Gauteng cricket. Then I took a two-year break away from the game and later had four years of club cricket.

“I’ve prepared myself for this, having coached in almost all structures. I’m prepared to take on this role of head coach. I want to test myself as a coach at this higher level. I think I have the recipe to do well.”

Limpopo have been placed in division two of the country’s new domestic structure, which will return to provincial competition later this year. South African franchise cricket has been dissolved. Limpopo’s first opportunity to be promoted into the first division will only come in 2023.

“This is a massive chance for the province and players. My goal and ambition is to enhance whatever Limpopo have put in place over the past three or four years. I want to help everyone involved elevate Limpopo cricket,” added Makalima.

“It will be important to have all the structures, including school and club cricket, to focus on the goal, which is to have Limpopo promoted to the first division in two years’ time.”

Makalima concluded: “The players we have at the moment are inexperienced and quite young. They have not played a lot of cricket at this level.

“It has been impressive to see some of the names coming up and putting in big performances for Limpopo so far. It will be interesting to see how they fare at this higher level.

“We will work hard, analyse the opposition and try to get whatever we can to get on top of the opposition – and come out on top. The need to put in hard work is no secret and that’s what we plan to do. It’s going to be a big challenge, but an exciting one.”

Be the first to comment on "New Limpopo head coach Dumisa Makalima: I think I have the recipe to do well"