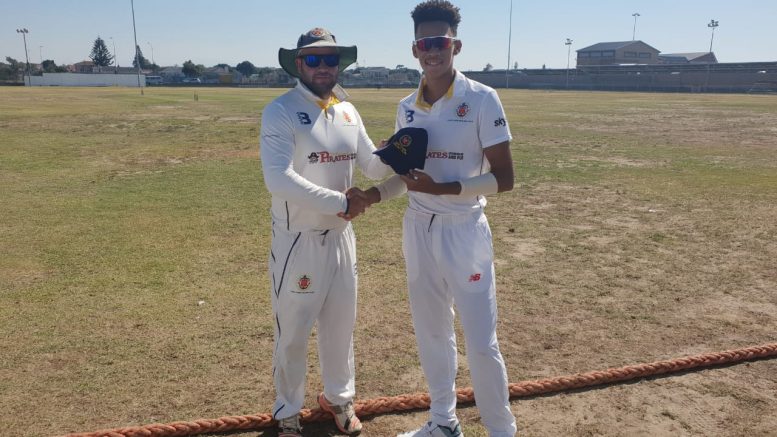 He clinched a key wicket and struck an unbeaten half-century on debut in Saturday, 26 January’s comfortable reserve division A victory over Ottoman Cricket Club.

The 18-year-old Ntini is contracted by Western Province – and featured in South Africa Under-19’s tour of England last year.

The talented all-rounder was purchased by the Knysna Falcons during last week’s Cape Premier League auction. The Falcons purchased him for 275 CPL dollars – the fictional currency spent at the event. He was among the top 20 most expensive purchases.

Teams who hadn’t filled their squads were allowed to complete the 16 by adding players who failed to gain bids during the auction. Each addition joined at a standard 10,000 ‘CPL dollars’. Each team was afforded a 3,000,000 budget.

Rondebosch Cricket Club seamer Myolisi Fumba has withdrawn from the Pirates’ squad. Fumba was purchased for 10,000, but later opted out. He has been replaced by the University of Cape Town Cricket Club’s Luke Stevens.