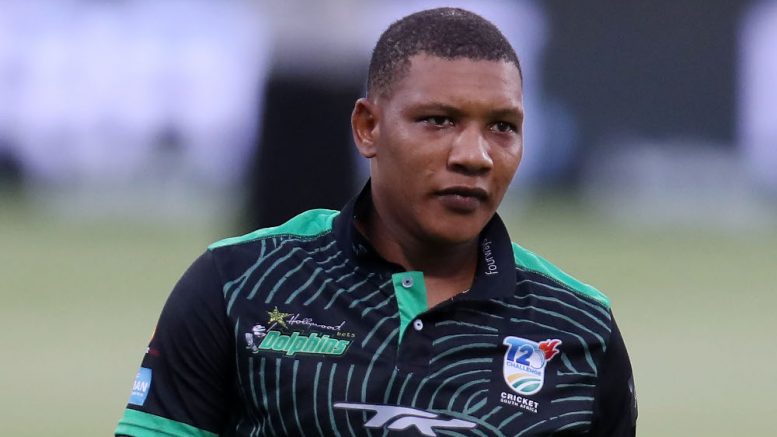 Seamer Ottneil Baartman was the inaugural winner of the Makhaya Ntini Power of Cricket Award this week.

The award, in honour of former fast bowler Makhaya Ntini, was introduced at Monday’s Cricket South Africa awards for the 2020-21 season.

Ntini was the Proteas’ first black African cricketer – and took more than 600 international wickets from 1998 to 2011.

“I am delighted to announce that the interim board has approved a new award named after one of our legends – the Makhaya Ntini Power of Cricket Award,” said CSA acting chief executive officer Pholetsi Moseki.

CSA awards judging panel convener Jeremy Fredericks added: “The Makhaya Ntini Power of Cricket award serves to demonstrate the ability for this game to change lives and communities, just as it did for Proteas bowling legend Makhaya.”

Baartman joined the Dolphins from the Knights in 2020 – and has since been contracted by KwaZulu-Natal Coastal in division one of South Africa’s new domestic cricket structure.

He has also represented South Western Districts and Northern Cape at provincial level.

The 28-year-old right-armer was a late addition to the Proteas’ squad for early 2021’s Test series against Pakistan, but did not debut.