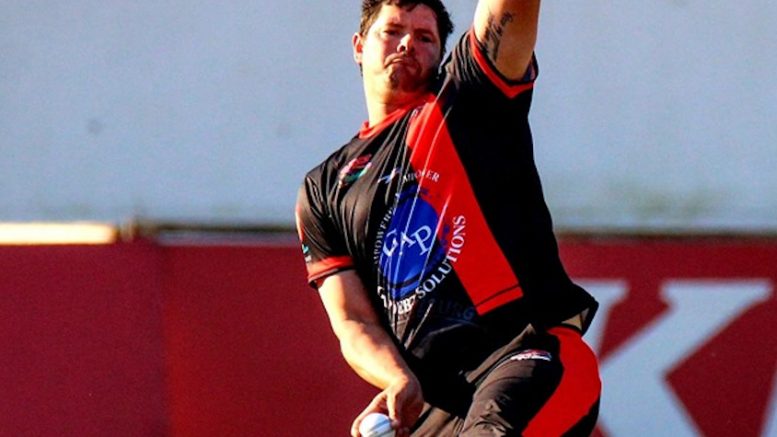 Former Proteas seamer played Garnett Kruger played in the opening weekend of the 2019 edition of the Lenasia Premier League on 24 and 25 August.

Kruger, who played three ODIs and a T20I against Australia and Sri Lanka in 2006, conceded 41 runs and without a wicket across four overs in the Western Warriors’ defeat to the Crescent Hawks.

Elsewhere in the Lenasia Premier League

Lions star Wihan Lubbe opened the batting and was the first-change bowler for the Warriors against the Celestial Knights.

Last year’s quadruple-centurion Shane Dadswell’s top-order cameo was not enough to prevent the Sporting Supermen’s defeat to the Cavalier Cats.

Gauteng first-class cricketer Mitchell van Buuren 21 and 29 in the middle order against the Celestial Knights and Supermen, respectively. The Cats won both matches.

Proteas in the Dolphins Premier League

Four Proteas played in the opening weekend of the 2019 Dolphins Premier League.

Proteas in the Cape Premier League

The LPL and DPL are effectively senior sister tournaments of the Cape Premier League, which started last year. The inaugural edition of the CPL featured Proteas cricketers Zubayr Hamza and Dane Piedt, who represented the Cape Vikings. The Vikings won the competition after beating the Hoeri Kwaggo Bulls in the final at Newlands.

Be the first to comment on "Proteas in the CPL, DPL and LPL"