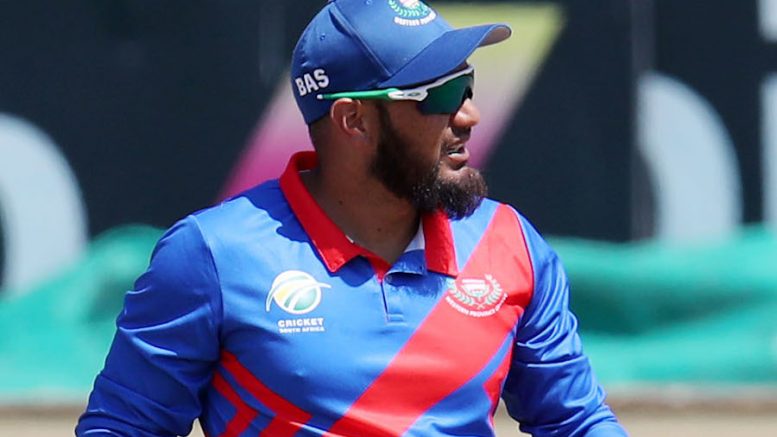 United Cricket Club’s Qaasim Adams has been named in the Cape Cobras’ squad for this week’s 4-Day Domestic Series fixture against the Knights at Boland Park in Paarl.

Adams has not played first-class cricket for the Cobras since October 2016. He recently resumed the captaincy from Durbanville Cricket Club all-rounder Andre Malan in the Western Province XI.

The left-handed Adams averages over 40 in first-class cricket – and has scored 13 centuries.

The Cobras squad is without several stars, including opener Pieter Malan and wicketkeeper-batsman Kyle Verreynne, who have been named in the Proteas Test and South Africa A squad, respectively.

“There’s also a lot of positives for us on a national level because many of our players have been included in the South Africa A squad and the Test squad as well. Let’s hope we can get the best team on the field that can be able to overcome the Knights,” said Cobras assistant coach Faiek Davids.

The Cobras will be captained by seamer Lizaad Williams in the absence of spinner Dane Piedt and Malan, who led the XI earlier this season. Piedt is also with South Africa A.