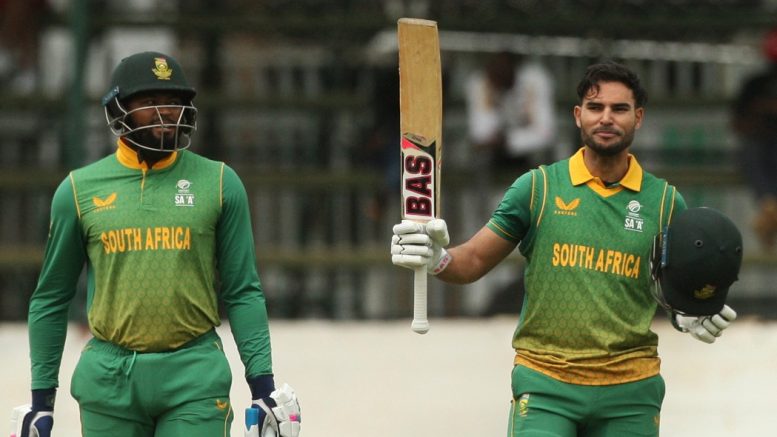 Batsman Reeza Hendricks struck a century, as South Africa A beat the the Zimbabwe XI by 51 runs in Wednesday’s one-day fixture at the Harare Sports Club.

South Africa A posted a final total of 266 for six in the allotted 50 overs on the back of Hendricks’ 102. He faced 105 deliveries and collected 10 fours.

Seven of Hendricks’ 16 List A centuries have been scored for South Africa A.

Hendricks was well supported by opening batsman Ryan Rickelton, whose 63 spanned 82 deliveries – and featured five fours and a six.

The Zimbabwe XI’s reply reached 93 for four in 20 overs before inclement weather ended the fixture.

The Zimbabwe XI and South Africa A each have a win in the three-match series. The final fixture will be played at the same venue on Friday.

They will then contest a T20 series.