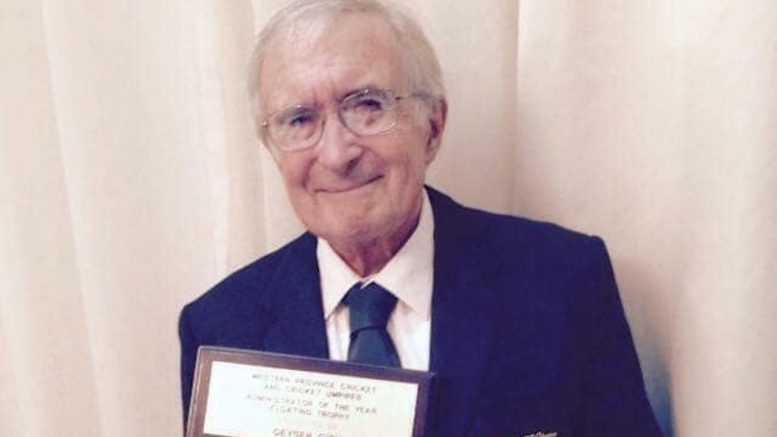 Heartfelt tributes to the late Ronnie Pilowski continued this week.

Pilowski was a member of the Western Province Cricket Umpires’ Association for six decades.

“It’s indeed a sad moment for Ronnie’s family as well as the WPCUA. What a great loss and leaves such a void in our association,” said Western Province Cricket Umpires’ Association president Clifford Isaacs.

“Ronnie’s name was synonymous with WPCUA. He served our association with unequivocal distinction and utmost loyalty. His passion for umpiring was only exceeded by his commitment to train and develop umpires.

“Ronnie had a hand in the development of all umpires affiliated to the WPCUA. He has done these interventions unconditionally and it would be amiss not to note the time that he sacrificed to ensure the successful development and growth of our umpires.

“‘Showtime’, as he became so fondly known after being programme director for numerous annual awards dinners, Ronnie will surely be missed on and off the field. Always willing to support any endeavours undertaken by the WPCUA and expecting nothing in return.

“A true legend and unfaltering member of our association. He dedicated more than 60 years of his life serving the WPCUA. I’m not sure that this can be paralleled by any long-serving umpire provincially, nationally and even globally.

“Time was called on Ronnie’s life – something that he was never prepared to do until his last days and his last breath. Big shoes to be filled without a doubt, but we have been honoured and humbled to be served by such an amazing person. He has an absolute wealth of cricket knowledge and has never hesitated to share this with his colleagues; thorough and well-read.

“Ronnie’s contributions and insights will surely be missed, but we can only treasure the memories of such an extraordinary team player and life member of the WPCUA. May Ronnie’s beautiful soul rest in peace. Thanks for the legacy, Ronnie.”