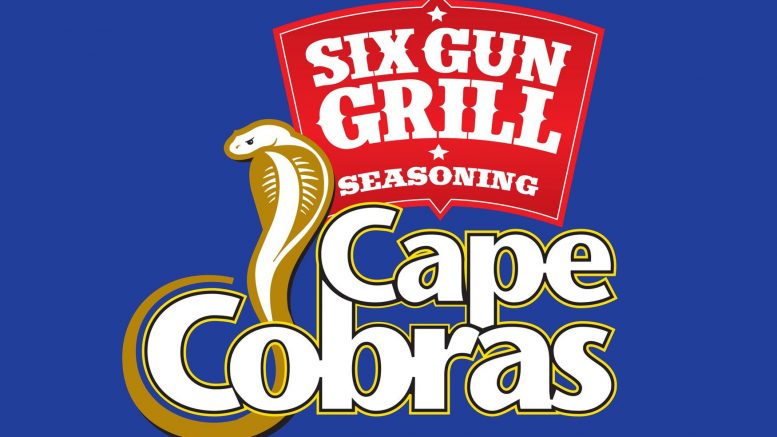 Six Gun Grill has been unveiled as the new title sponsor of the Cape Cobras.

Six Gun Grill is a seasoning brand owned by Crown National Food Group, which also has Jimmy’s Sauces and other popular products in South Africa.

“Newlands and Cape Cobras are both iconic brands in South Africa and world cricket and Six Gun Grill is an iconic brand in its own right, so it’s an absolutely perfect match,” said Cape Cobras brand and sponsorship manager David Brooke.

World Sports Betting had been the Cobras’ title sponsor since 2017.

Proteas batsman Zubayr Hamza was recently appointed the Cobras’ captain for the 2020-21 season.

The Cobras will host the Titans in the Four-Day Franchise Series at Newlands in Cape Town early next month.