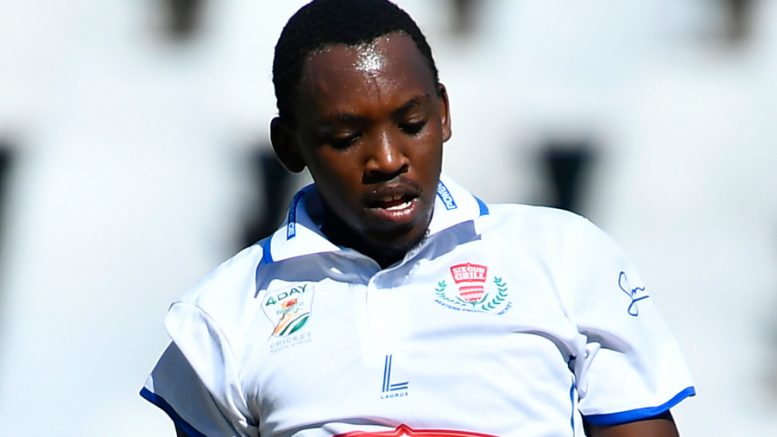 Fast bowler Siya Plaatjie has moved to the Warriors on a high performance contract ahead of South Africa’s 2022-23 domestic season.

Leg-spinner Dyllan Matthews, meanwhile, has returned to the Warriors. He made five List A appearances for the Warriors in 2020 and, earlier this year, played for KwaZulu-Natal Inland in division two of the One Day Cup and 4-Day Domestic Series.

Matthews has also played for the Cape Cobras and Lions at franchise level – and Easterns and North West in provincial cricket. At 25 years old, he has first-class or List A experience for six teams – and also represented the Nelson Mandela Bay Giants in the Mzansi Super League.

All-rounder Tiaan van Vuuren and batsman Josh Chippendale, like Plaatjie and Matthews, has been given a high performance contract from the Warriors.

Chippendale played for the Western Province Colts and debuted for the Warriors in the One Day Cup during the 2021-22 season.

“When we put a youngster out there, it is not a case of us hoping, it is a case of us believing that you can do something and make a difference for us in the game,” Peterson told the HeraldLIVE.

“With Glenton Stuurman, Marco Jansen and Anrich Nortje, who are the core of our bowling resources, missing for a large part of last season, it gave us an opportunity to give guys like Tiaan a chance, so they can build experience.”

The Warriors, meanwhile, have confirmed the players contracted at senior level ahead of the 2022-23 season.