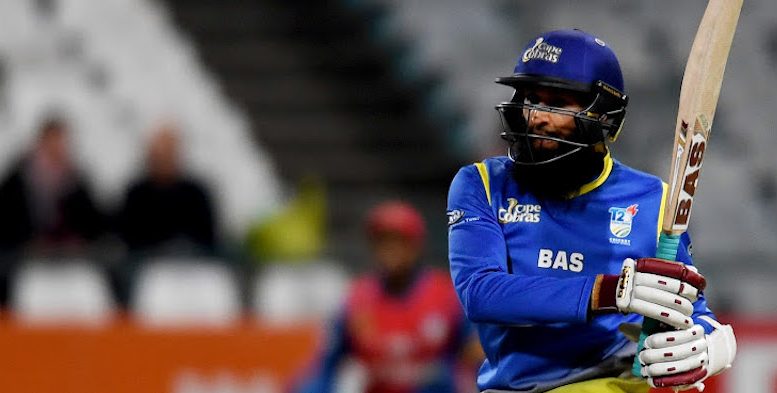 Proteas, past and present, have been recruited by a Cape Premier League team – or will be available during Friday, 30 July 2021’s player auction.

Parnell has joined the West Coast Outlaws. The left-arm seaming all-rounder will captain the Outlaws.

Jonker will also play for the Outlaws, who are one of two new teams in the tournament. The Peninsula Patriots are the other addition.

Amla has participated in professional T20 leagues around the world – and is registered for the auction of this amateur competition.

Hamza starred when the Cape Vikings beat the Hoeri Kwaggo Bulls in the final of the inaugural CPL. He is listed in the 2021 auction.

Linde was with the Hoeri Kwaggo Bulls in 2019 before joining the Dromedaris Dragons (since renamed the Devil’s Peak Dragons) in 2020. He’s listed, too.

Philander has a hand in the ownership of the Atlantic Pirates. He is listed for the auction, but in effect, should play for the Pirates.

Hendricks has returned to the Cape after a stint in Gauteng. The left-arm seamer is listed for the player auction.

Verreynne, who had not yet played for the Proteas at the time, was with the Cape Vikings in 2019 before joining the District Sixers in 2020. He is available in the auction.

Burger has been in the Proteas squad, but not debuted. He was not in the Cape when the CPL started a couple of years ago. He is registered for the auction.