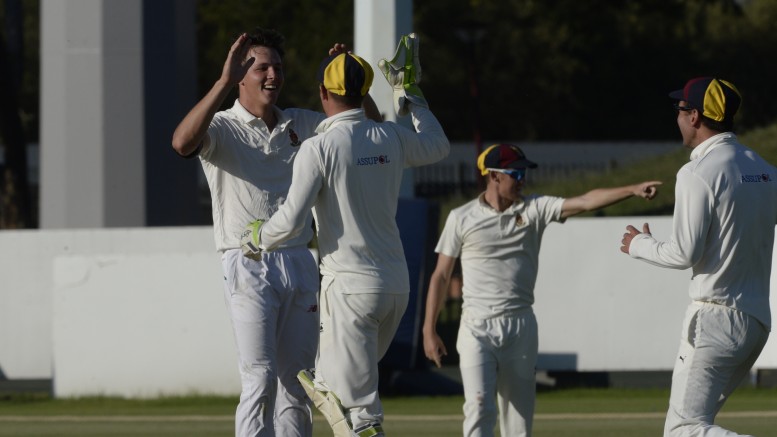 The title had all but been decided earlier this week, when North-West University Cricket Club (Pukke) succumbed to a heavy 125-run loss to Tuks.

The 2018 champions’ formidable batting and bowling was epitomised by star performances from captain Neil Brand and the talented Ruan de Swardt, respectively.

De Swardt relished 10 key wickets, including a telling haul of four for nine against Pukke.

Tuks will contest the Super Cup with Durbanville Cricket Club on Saturday. Durbanville qualified for the Super Cup by winning the Multiply T20 Community Cup in December 2017. The Cape Town-based unit will be without experienced opening batsman Pieter Malan, who is recovering from wrist surgery.