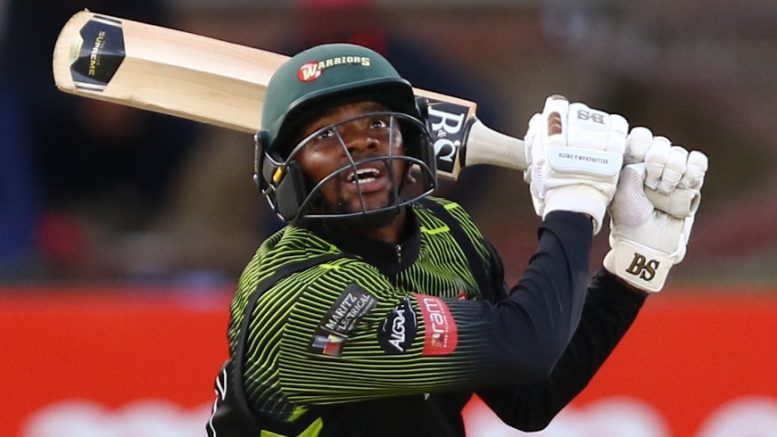 United Brothers Cricket Club all-rounder Solomzi Nqweni has been hospitalised for an extended period during a stint with Aberdeenshire Cricket Club in Scotland.

Nqweni, who was key to United Brothers Cricket Club’s 2018-19 Eastern Province Cricket premier league campaign, has been at the Aberdeen Royal Infirmary since Monday.

“It is with sadness that we announce our 2019 club professional ‘Solo’ Nqweni is currently receiving treatment in the intensive care unit,” read Friday’s statement from Aberdeenshire Cricket Club.

“Solo was taken to hospital in the early hours of Monday morning and he has been receiving treatment ever since. Solo’s family and loved ones have arrived by his bedside, having made the journey from South Africa.”

The 25-year-old Nqweni has played provincial and franchise cricket for Eastern Province and the Warriors, respectively.

“We got to know about this on Tuesday through his EP coach Piet Botha. Solo has been a contracted professional with us for the last three years,” the Herald quoted Eastern Province Cricket chief executive Mark Williams as saying.

“It’s a shock to us and his family, of course. We ask for the community and friends to consider him in their prayers. As EP Cricket and the board, we will be of assistance to the young man. At this stage we waiting for the final outcome of the doctors’ findings.

“He is being treated for some type of viral infection and we will keep the cricket community abreast. But at this stage he does have two family members with him and we ask that the community afford them space during this time.

“We are in correspondence with the family and the South African Cricketers’ Association and his expenses are being covered by medical aid which he has through us.”