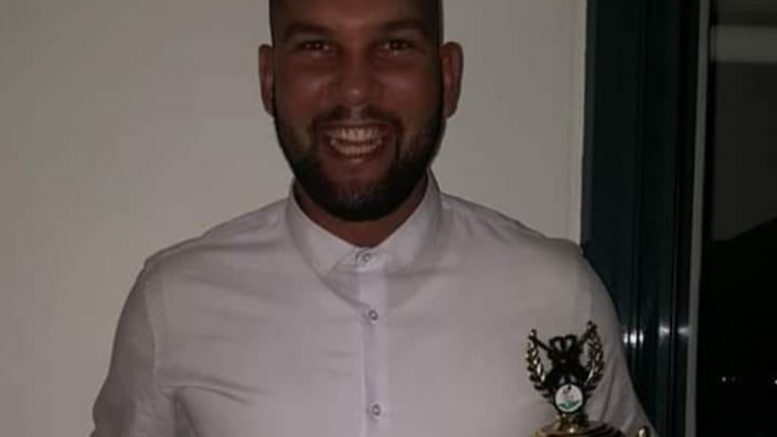 Victoria Cricket Club have paid tribute to longstanding member and first XI cricketer Byron Wyngard, who passed away this week.

Wyngard was an established Western Province Cricket Association premier league player – and loyal servant to Victoria Cricket Club on and off the field.

A competitive cricketer and friendly personality, Wyngard was appreciated by many team-mates and opposition players for 15-plus years in WPCA club cricket.

“It is with a heavy heart that we post this. This is how you will be remembered – happy, winning trophies, ready for a good time and dependable,” read a brief statement from the club.

“We bid you farewell. Condolences to the Wyngard family. Byron – you are a champ and a legend at Victoria Cricket Club. And you will always be remembered.”

Tributes from other WPCA clubs

“CTCC have had an incredibly close bond with Victoria Cricket Club over the years. Byron represented the old guard, which isn’t as prevalent in club cricket as it used to be. That’s a big loss from a cricketing perspective.

“On a human level, he was an incredibly nice guy and had a soft nature. He was willing to give credit where it was due, congratulating guys for doing well, etc. That was combined with fierce competitiveness.

“This is a massive loss for club cricket and in general. We celebrate the huge, positive impact he made on club cricket in Cape Town. He deserves to be remembered in such an incredibly positive light. That’s definitely how Cape Town Cricket Club will remember him.”

“We, the executive and members at Primrose CC, would like to express our sincerest condolences to the family of Byron Wyngard and the cricket fraternity in the Western Cape. We feel your pain. May you find comfort in the many memories Byron leaves behind. May God make it easier to accept. RIP.”

“Our sincere condolences to the family and friends of Victoria Cricket Club assistant hub coach and player Byron Wyngard who sadly passed away this morning. May his dear soul rest in peace.”