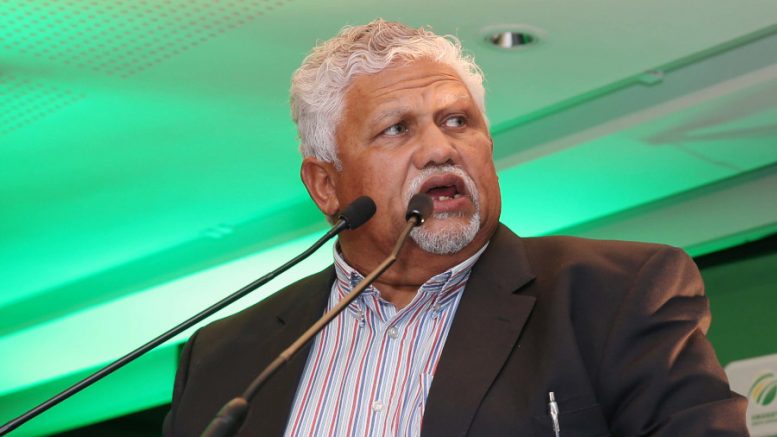 Williams was president of the Western Province Cricket Association before joining CSA. He was succeeded by Nicolas Kock at WPCA earlier this year.

‘A special meeting of the Western Province Cricket Association council, convened at Newlands Stadium on Wednesday, 18 November 2019, has resolved to call upon the remaining directors (independent and non-independent) of Cricket South Africa to resign immediately, alternatively for the president and vice-president to resign with immediate effect. The resolution was passed unanimously, with one abstention,’ read a statement from the WPCA.

CSA, meanwhile, are locked in a legal battle with the South African Cricketers’ Association over the proposed removal of franchise cricket.

‘The special WPCA council meeting was prompted by issues of serious concern, shared publicly by three leading national cricket sponsors, the South African Cricketers’ Association and a growing number of provinces, including the Gauteng Cricket Board and KwaZulu-Natal Cricket Union,’ added the WPCA.

‘Western Province notes that other provinces have also been conducting grassroots engagements with their member clubs to discuss the current crisis in Cricket South Africa.

‘The WPCA president has been given a mandate to communicate the Western Province’s concerns on urgent matters, including:

‘The undoubted reputational damage suffered by Cricket South Africa as a result of the current turmoil requires the situation to be addressed immediately.’