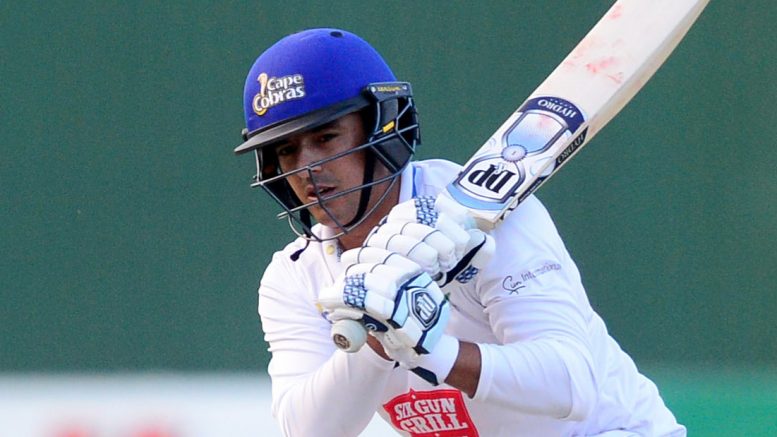 South Africa A captain Zubayr Hamza has targeted six consecutive victories during this and next month’s tour of Zimbabwe.

South Africa A and Zimbabwe A will contest four one-day and two four-day fixtures in May and June 2021. Hamza will captain the limited-overs and first-class XI.

“The goal of the tour is to win all the games and to start gaining credibility next to the SA A team’s name. Over the past few seasons, we’ve had a couple of tough tours,” said Hamza.

“Be that as it may, we can’t underestimate our opponents. We’ll need to focus on our strengths and go from there.

“This tour is an opportunity for most players to do well. Regardless of the opposition, we have to control what we can in our environment with regard to our own performances.”

“To be blunt, the goal of this tour is to win all the games – simple as that. We’ve got guys like Reeza, Dwaine, Andile, to name a few, and we can throw Janneman Malan’s name in that hat as well,” added Hamza.

“Guys who have played regular international cricket of late and that experience will definitely show on the field.”

Hamza is looking forward to leading squads that include other players with captaincy experience at franchise level, including wicketkeeper Sinthemba Qeshile and batsman Theunis de Bruyn.

“To be given the role as the leader of this team is something that I definitely welcome. Captaining the Cape Cobras over the past season, I’ve learned a lot about not just how the game is played but also the differentiation between individual game and leadership,” he concluded.