The inaugural Minor League Cricket Championship will start in the United States of America this week.

The tournament will be played from late July to mid-September 2021 – and is effectively a pathway to Major League Cricket in 2022 or 2023.

Several South Africans with first-class or international experience will be involved in the Minor League Cricket Championship.

The former Proteas seamer has already played ODI cricket for the USA – and will represent the Bay Blazers.

He will be team-mates with fellow South Africans Chad Bowes, David White and David Bunn at the Blazers.

He will play for the Blazers, too, and is contracted for an eventual Major League Cricket berth as well.

The New Jersey Stallions have the former Western Province and South Africa Under-19 all-rounder. He will be a key player in the Eastern division of the Atlantic conference.

“To be given the platform to elevate my cricket and cricket in general in the US is something I am truly excited about, which with limited opportunities in SA, was not possible,” Dill told Club Cricket SA.

He played for South Africa Under-19 before forging a successful career in New Zealand. Ludick has relocated again to be with the Houston Hurricanes in the States.

He will have fellow South African Slade van Staden and West Indies spinner Ashley Nurse as team-mates at the Hurricanes.

The new Michigan Cricket Stars all-rounder was at the Dolphins before moving to the Cape Cobras, but is now in the US.

“I feel like I have given it a fair go in South African cricket. I want to help grow cricket in the US over the next three years,” he told Club Cricket SA.

Minor League Cricket started as 24 teams before growing to 27. The Seattle Thunderbolts are one of the new additions.

They have the former Knights seamer, who told The Heavy Roller: “Guys like us are here in the US to bridge the gap.

“We’re playing alongside local youngsters who, to draw a South African context, could easily play provincial cricket at under-19 level.” Van Schalkwyk was initially with the Silicon Valley Strikers. 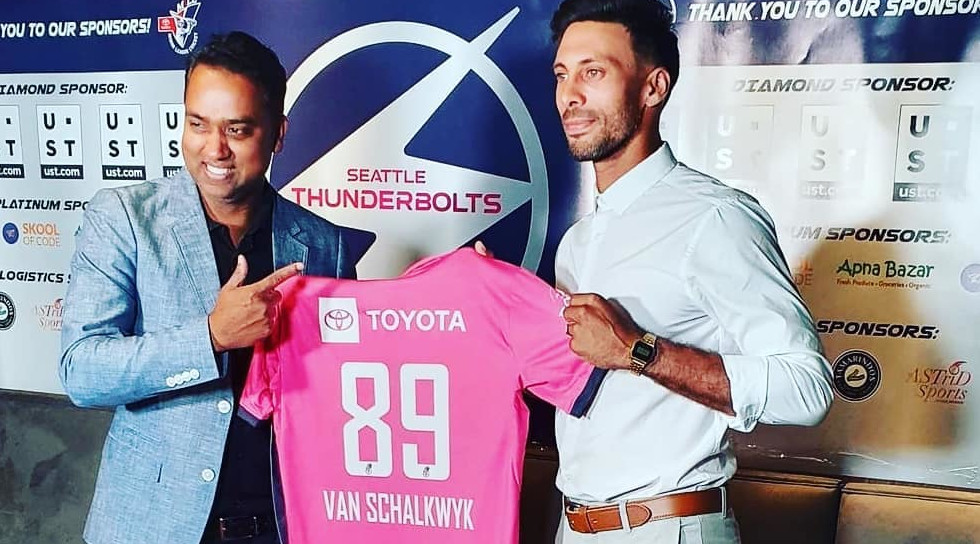 The former Dolphins batsman will play for the Hollywood Master Blasters in the Western Division of the Pacific conference.

He is one of several former South Africa Under-19 players who have relocated to the States.

The DC Hawks, who will be captained by ex-Kings XI Punjab recruit Sunny Sohal, will have the former Proteas spinner.

Piedt was one of the first South African cricketers to sign a contract for this tournament, after leaving the Cape Cobras.

He is one of four former Knights players, alongside Corne Dry, Shadley van Schalkwyk and Obus Pienaar, in Minor League Cricket.

The former Knights seamer will play alongside West Indian duo Rahkeem Cornwall and Ricardo Powell at the Atlanta Fire. The team is one of a few with a dedicated cricket facility.

The former Knights batsman will play for the St Louis Americans, who also have South Africans Luke Schofield and Joshua Kind.

The seamer played for the Nelson Mandela Bay Giants in the Mzansi Super League. He will be with the Philadelphians.